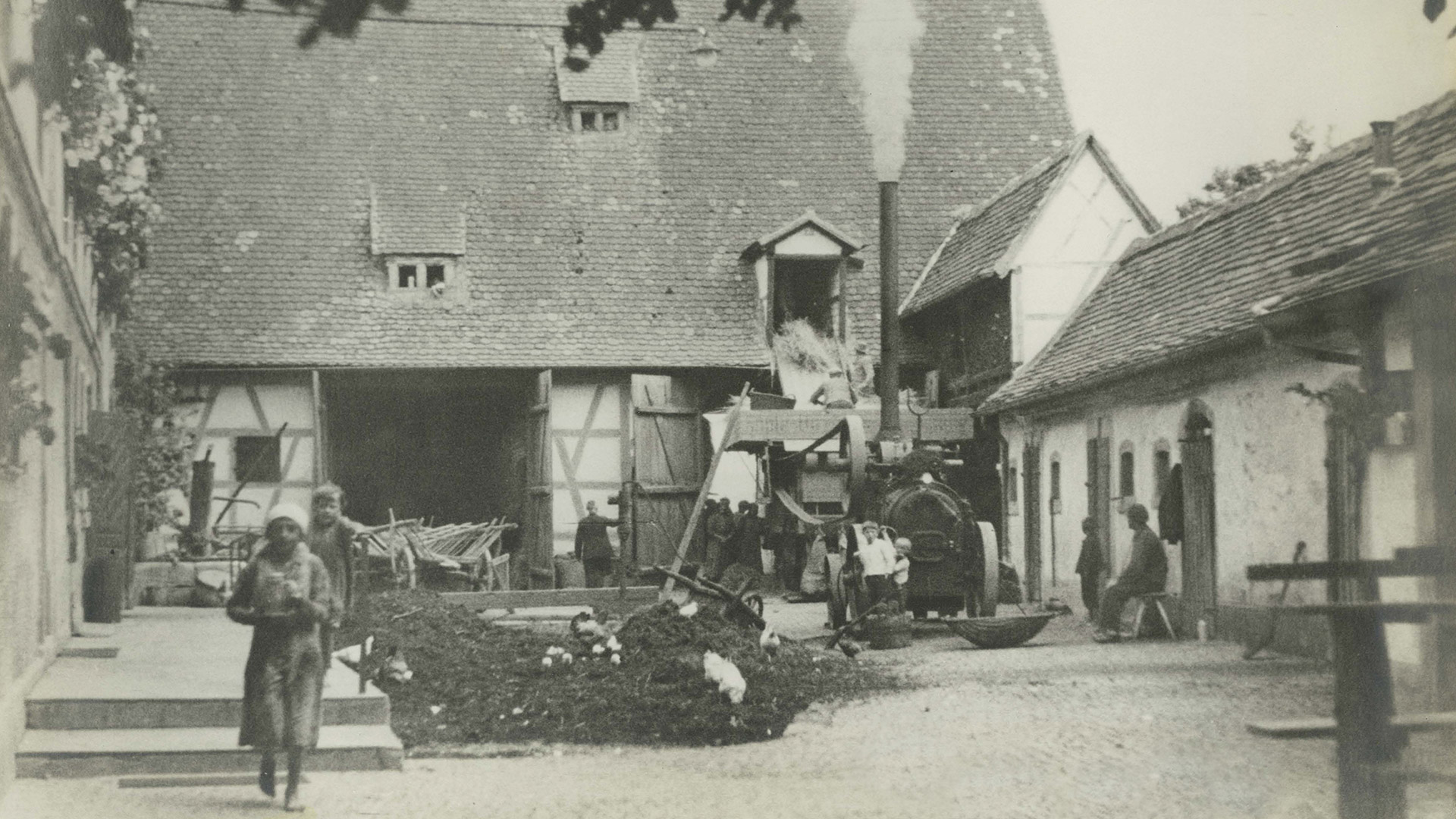 An old peasant family, which had already acquired the brewing rights in 1422 from the then Margrave of Kulmbach, Friedrich VI, who inherited the Margraviate of Kulmbach/Plassenburg after the death of his brother Margrave Johannes III in 1420, came to Aisch between 1620 and 1630 and acquired the brewery with distillery and the local agriculture. 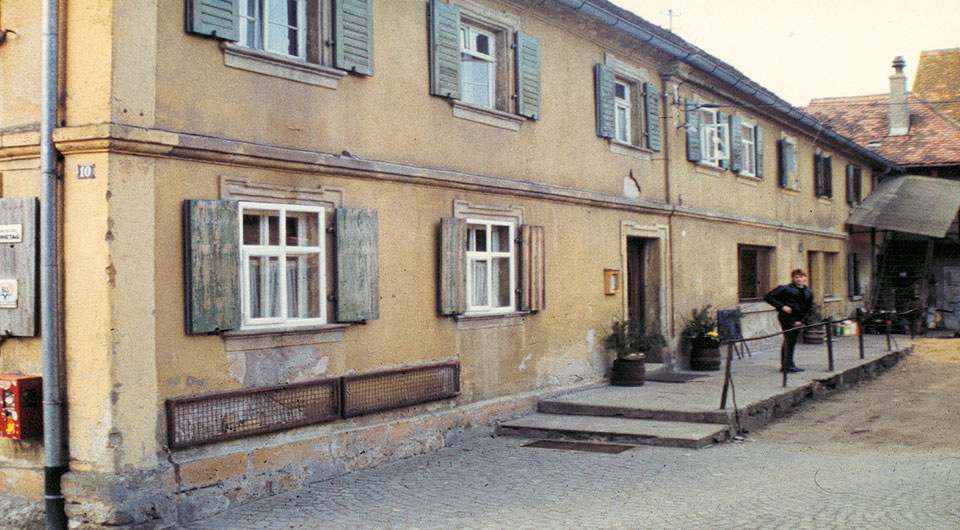 In 1648, the beginning of church records in Aisch, the name Rittmayer Wilhelm and his wife Helene are mentioned for the first time as the owners of the inn and brewery with distillery in Aisch. After Wilhelm Rittmayer's death, his brother Johann Rittmayer married his widow Helene Rittmayer and continued the brewery and distillery business.

The son from the marriage of Wilhelm Rittmayer and Helene Rittmayer, Ruprecht Rittmayer, born around 1650, married Margaretha Scharold, a brewer's daughter from Adelsdorf, on 7 April 1689. He had five children with her in Aisch. On 5 April 1698, Ruprecht Rittmayer sold the brewery and the farm in Aisch to his sister and acquired the inn with the brewery and the farm of house no. 10 in Willersdorf from Christoff Weimann and his wife Barbara for 690 guilders. 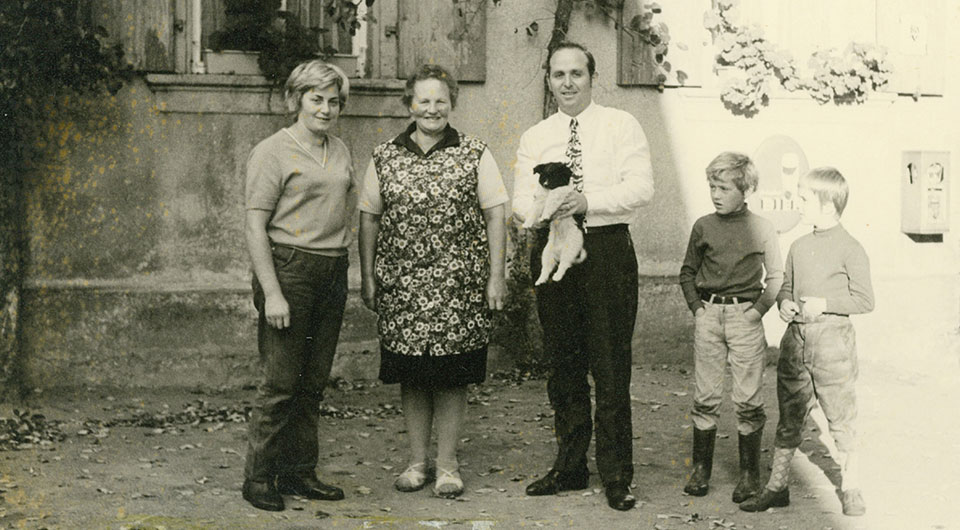 Friedrich Rittmayer, a son of Johann Rittmayer from Hallerndorf, inherited his grandfather's estate in Willersdorf and continued the old brewing family in Willersdorf. The grandson of Johann Rittmayer and his wife Barbara Rauh from Hallerndorf, Leonhard Rittmayer, married into the brewery with distillery with agriculture in Aisch, the widowed Margaretha Ritter, and thus brought the name Rittmayer back into the village and onto the farm and brewery from which his great-grandfather Ruprecht Rittmayer had departed in 1698 on 05.04. 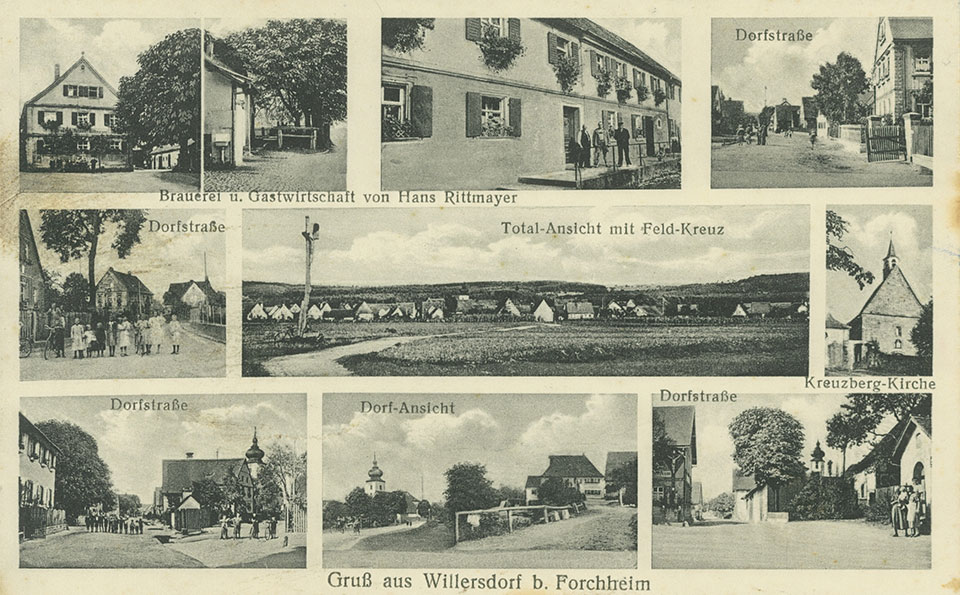